We were invited to the family-friendly performance of ‘Crabby’ at Norwich Theatre Royal to write a review of the experience of taking children to a show at their Stage Two.  (For those that don’t know, Stage Two is at the back of Norwich Theatre Royal, access is on the same road as the entrances to intu Chapelfield just down from Byron Burger and Wagamama) 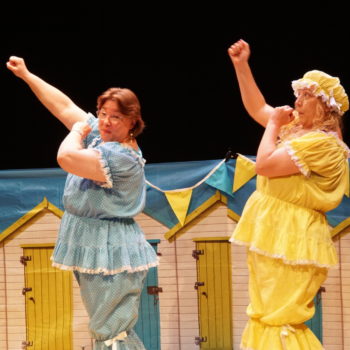 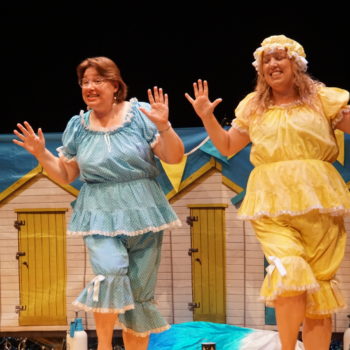 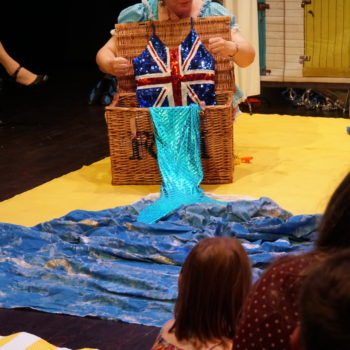 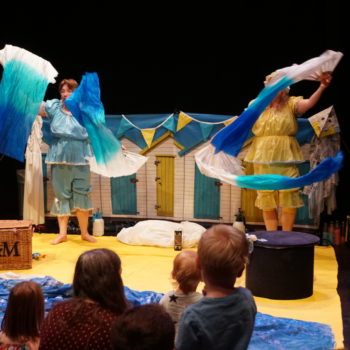 The story is about Crabby, a crustacean who loses his shell after being cursed by a mermaid and needs to find a new one as quickly as possible, but is a little grumpy and doesn’t deal with being told ‘no’ very well. (Something most parents with little ones will no doubt relate to!!)

The performance was 35 minutes long, so perfect for the attention spans and wigglyness of little ones.  Rugs were provided on the floor in front of the marked out performance area so the audience are not expected to stay in theatre seats, but there are seats available if you prefer something comfier.  There was plenty of space behind the audience so I spent the performance bobbing around at the back trying to keep the Teeniest Mumbler asleep in a sling without disturbing anyone! 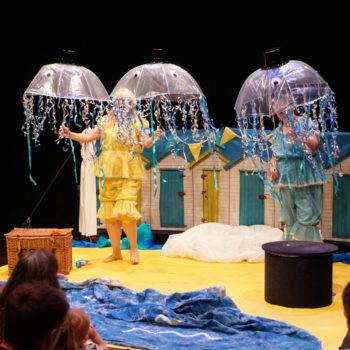 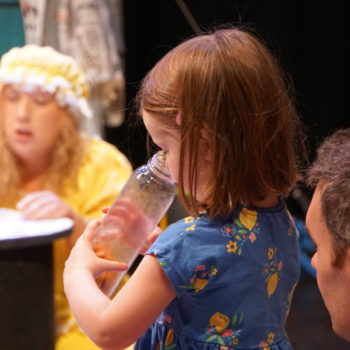 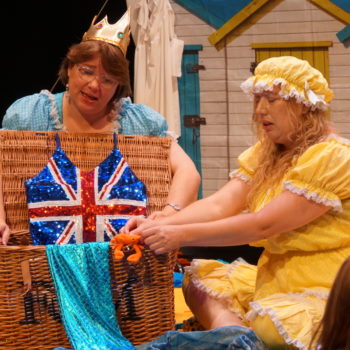 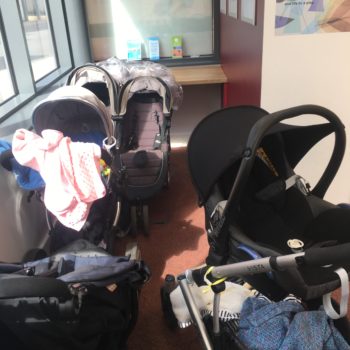 The show was interactive and sing-songy, with brilliant use of props and multi-sensory items, like water sprayers and seaside scent bottles to pass around, keeping all ages entertained.  No one batted an eyelid when little ones roamed around the audience (rules were clearly stated at the beginning about keeping the children out of the performance area) and the show finished with two ‘rock pools’, aka tuff spot trays, of seaside things so the kids could explore and play with the objects freely after listening to the story.

There was a really lovely message to the story about dealing with angry emotions and handy methods for children to try if they’re feeling overwhelmed.  Crabby goes back to the characters in the story he is ‘crabby’ with and uses the methods to stop getting so cross with them, so is rewarded with a brand new shiny shell – hurrah!

From the press release: “It is suitable for babies, toddlers, primary-aged children, and young people with learning difficulties. Performances are also relaxed so audience-members with autistic spectrum conditions, or other emotional and behavioural needs, feel comfortable watching the show.”

If you’re taking small ones to a show at Stage Two, the chances are you’ll have a buggy with you.  There was a small space allocated near the ticket desk for buggies and there is a designated baby changing room, so they are all geared for families to attend their performances.

‘Crabby’ was on for one day only, but keep your eye out for future family-friendly performances at Norwich Theatre Royal